Diversity, Halo, and the 'sexual/political agenda' of Fragments of HimApril 17, 2014

This post looks at how games in the field of diversity are viewed as having strong cultural and political agendas based on the cultural space that they occupy rather than the intentions of the developers.

Last weekend, at the same time as PAX was corralling indie developers into a ‘diversity lounge’, I had the pleasure of showing Fragments of Him at the Different Games conference at New York University. A few hundred people gathered there to talk about gender, sex, sexuality, representation for people of colour, queer lifestyles, and diversity in games and the gaming industry. 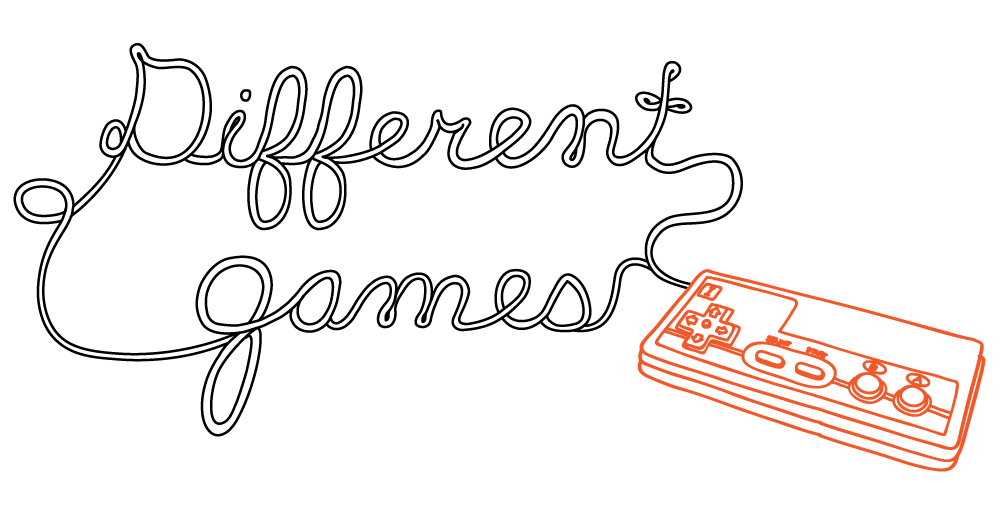 It was quite an emotional weekend for me: I’ve only watched ‘Let’s Play’ videos of people playing Fragments of Him, and this was the first time that I had seen it being played live. It was a very powerful experience, watching as they paused, their shoulders dropping, the mouse perfectly still as the situation in the game revealed itself. Like I say, I’ve seen this in videos, but it was a very different sensation to watch in person. Some people had to stop and walk away, muttering a ‘thank you, it was very good’ quietly as they left. I’m sorry to the people that the game upset; I hope that you find the time to experience the rest of the story and that the resolution is some consolation to you.

There were a lot of discussions on diversity, and it was great to see the range of ways in which different developers were addressing these issues in their games. Many were very direct, such as the way in which Perfect Woman combines difficulty settings with a parable about the impact of today’s choices on our later situations: if you choose to be a terrorist as a twenty year old then it’s going to be tough to be a professor at thirty! It was simple, explicit (in more than one sense), and delivered an easy to understand message. 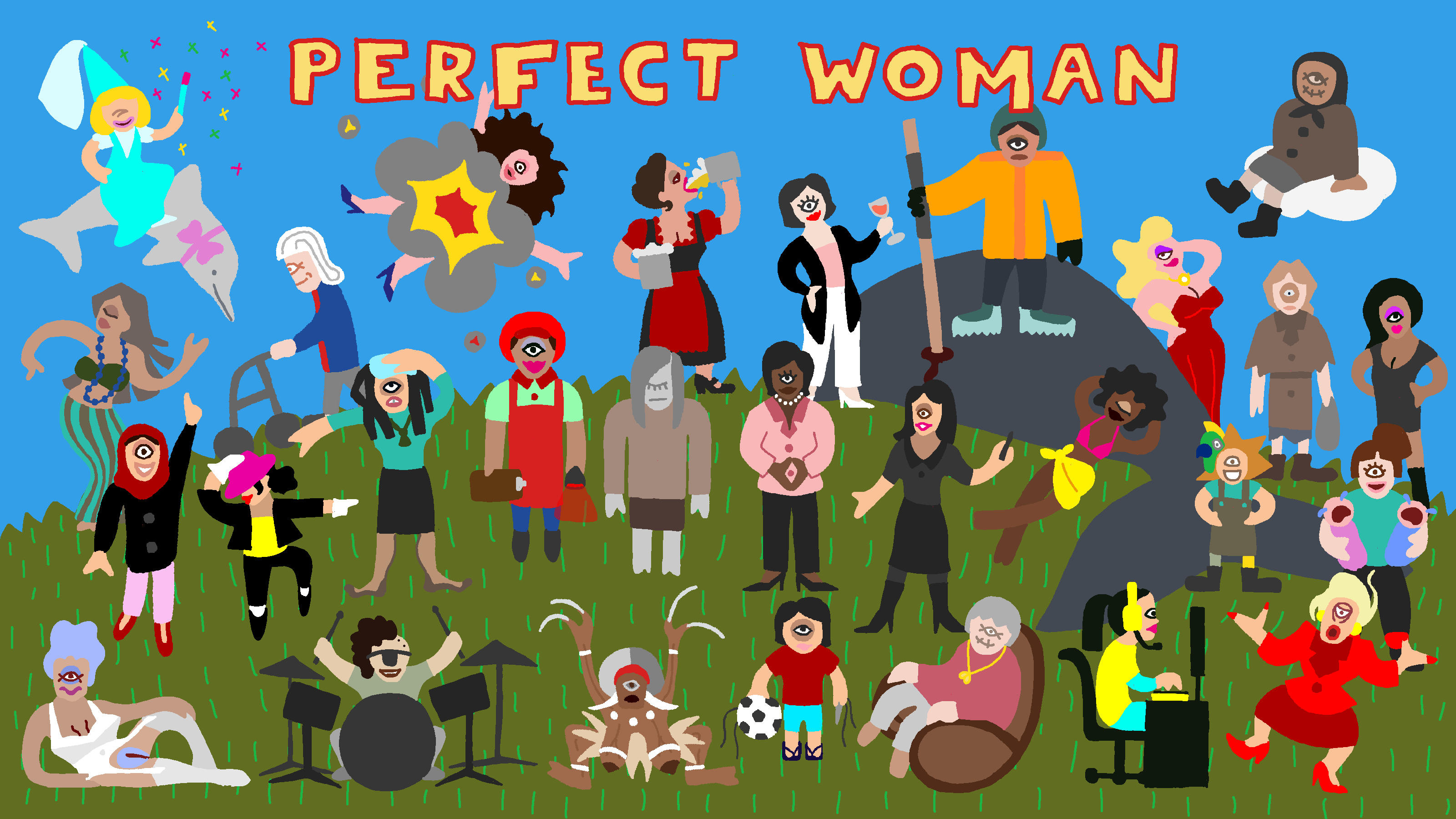 Next to this, the Fragments of Him prototype that I was showing at the conference felt extremely reserved – it’s not a game about a gay relationship: it’s a story about grieving and moving on, which also happens to feature people who were in a gay relationship. I feel that this is a strength of the current prototype, not because being overtly about a gay relationship would automatically make it weaker as a narrative, but because it shows the universality of emotions that people go through in times of crisis, regardless of their sexuality.

However, avoiding dealing directly with sexuality isn’t something that would work in the larger Fragments of Him game that we are now developing after the success of the prototype: looking back at some of the significant relationship events of the lives of the characters, the incidents that their sexuality have provoked will almost inevitably be a point of attention.

I have mixed feelings about this. I have no fear of representing the normal lives of adults who are not heterosexual, but I also feel a little sad that it is unavoidable that some kind of forced sexual or political agenda is going to be read into all of this.

Is there a diversity agenda to Fragments of Him? Not by intention. I want to treat my characters as normal people living in the modern world, and I hope that I can make all of the characters recognisable and believable. By treating non-heterosexual people as absolutely normal human beings (because what else would you want to do?), the story is conveying a message of compassion and empathy for all people, regardless of their identity (not just gay/bisexual men seen in the Fragments of Him prototype, but also other sexes, genders, sexualities, ages, races, and other people who may differ from ourselves in their bodies or lifestyles – some of which will feature in the expanded version that we are now developing). I am making no effort at all to force diversity into Fragments of Him, but a range of realistic characters will automatically contain people with a variety of attributes.

It strikes me as odd that this will likely be received as a political statement about diversity, when my intention is to tell an everyday story of love, loss, and hope. I do believe in the value of diversity in society, and naturally the things that I create are going to reflect those opinions. I would be happy if the game makes people appreciate the commonality of experiences between people with otherwise distinct lives, but the primary intention is to create an enjoyable drama (in the way that a tragedy can be enjoyable through a cathartic release of emotions).

I would welcome social improvements as the result of a game, but I have no intention of preaching my views through Fragments of Him and wouldn’t be egotistical enough to expect that an indie game with a good heart is going to change the world. I hope it will comfort a few people in sad situations, help a some appreciate the lives of others, or assist in thinking a little more about the people that they love… That would be a wonderful result, but that hope is not at all unique to games: it is also what very many storytellers want, I believe, and just because Fragments of Him is a game, I don’t believe that hoping for this result can be called a sexual or political ‘agenda’.

Storytelling and empathy in games

Games are a communication medium, and we must not be afraid of representing the world as we see it, or how we would like it to be. To me, a message of treating all others as humans worthy of respect shouldn’t be considered an ‘agenda’, as if this were a subversive intention: respect and civility should be the default state of all people. If, with the story in our game, we can do a little to help build a society of empathy and compassion, then I’m just fine with that. If this helps games development to mature and find sources of inspiration from outside of the common sci-fi/horror/fantasy tropes, then I would be happy with that too.

I love games, everything from zombie slaying through to blowing petals in the breeze, and I hope that the full version of Fragments of Him will be a valuable addition to the growing number of games that are interested in telling stories outside of the current mainstream. Perhaps, if anything, there is a deliberate agenda in that: expanding the language of our creative field.

The heteronormative agenda of Halo

It is interesting that a game such as Halo is not commonly talked about for its agenda. In many ways it supports the dominant patriarchal paradigm of heroic masculinity. For example, the lead character ‘Master Chief’:

It would be easy to read this as adamant support for a hyper-masculine ideal, devoid of feelings and mental or physical intimacy, where the primary goal is domination of anything seen as organic, uncontrollable, insane, and other attributes that western society has historically associated with femininity. I don’t for a second believe that Bungie set out with that as their agenda, but it can easily be read into Halo.

It is a sign that our industry needs to mature, that the presence of any character outside of a standard heteronormative binary system (people who do not fit a modern stereotype of youthful, aggressively heterosexual vigour) is read as an ‘agenda’. Master Chief fits the system, so he is not viewed as a political statement, but a gay protagonist is outside the norms of gaming lead characters, and so the game is likely to be assumed to be intentionally making a statement.

I’m content that a diversity-aware reading fits Fragments of Him, but this is neither something that I have forced to be present or something that I would ever dream of avoiding. It is a natural result of trying to represent loving and open people both fairly and honestly.

Perhaps I am saying this the wrong way: it’s not that Fragments of Him doesn’t have a sexual/political agenda: instead it is that every game has one. These agendas are usually only identified in games that feature characters that are perceived as being outside of mainstream society. Like all cultural artefacts, all games have a societal message, but in games those messages only appear to be called an ‘agenda’ when they do not fit into a very narrow range of cultural models.

My thanks to the organisers of Different Games for a wonderful and inspiring conference, to all the lovely people that I spoke to, and everyone who played Fragments of Him. I look forward to next year!

If you haven’t played Fragments of Him yet then you might want to try it here.

We look forward to sharing the progress of our game with you as we continue to build it over the next few months. Thank you for reading!