Bomb Defuse Simulator 2013 is a game where you have 10 seconds to defuse a bomb before it explodes. The game is played with experimental technology which allows the player to walk around the game surface and look into the game scene. The player can control the camera by moving around in real space and control the in-game scissors with an Xbox controller. Using the real space and Xbox controller the player will have to defuse the bomb before it explodes.

The head tracking and projection mapping game was made in 72 hours during the Ludum Dare 27 jam. The jam's theme was '10 seconds'. The game may not win the originality award when it comes to theme interpretation and application. What we did win is 4th place in the mood category out of a total of 776 game entries. 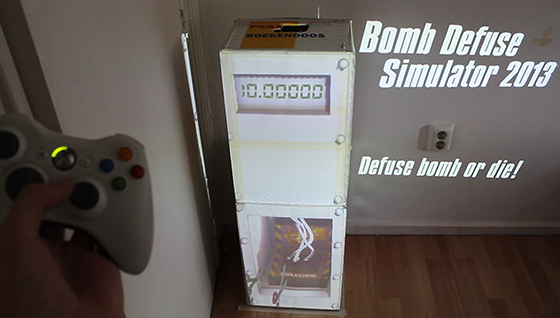 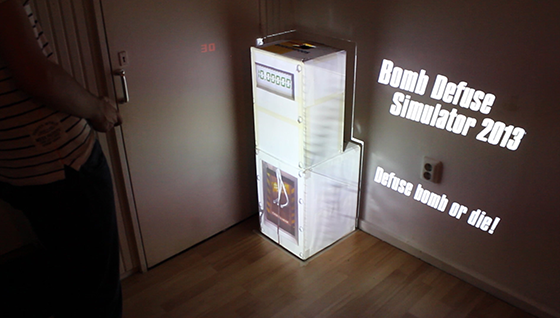 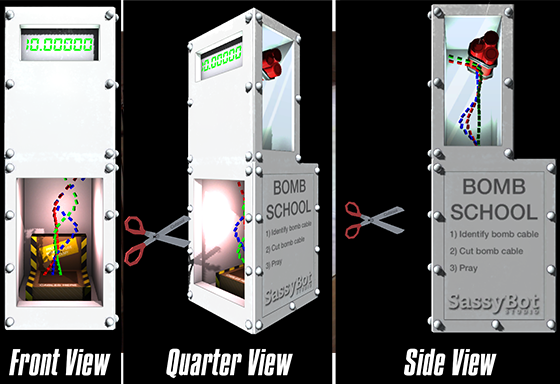