Queer is a role-playing game of sorts, where the player gets to experience the world as 3 different characters, each with an inherent difficulty setting. We were inspired by this article from John Scalzi.

Players will play once with each of the characters, trying to have a nice day and staying in a good mood, but this it’s not such an easy task for some of the characters. While the scenarios are the same for all characters, some of the things that people say, and how it affects your mood, varies depending on which character you are currently playing with. Some of the nasty remarks, and slurs (literal comments and hate speech we found on street protests and the Internet) have a different impact when they are directed towards your character on a personal level.

With this game we wanted to show the players some of the emotional impact that hateful comments and hurtful attitudes might have on others, and that, just because something doesn’t happen to you, doesn’t mean that it doesn’t happen to others. ‘Queer’ is per se not much, and definitely not enough. A game like this is not much more than an interactive pamphlet, but we hope that even small gestures like this, that are in essence a call for a more empathic behaviour in general, will contribute to the ongoing debates, to make these things more obvious and more difficult to ignore. With time things might get better, and instead of making games with a blatant and particular ethical message, people will create works with truly rich and diverse characters.

This short & simple game was made in 22hours as part of the Games[4Diversity]Jam. 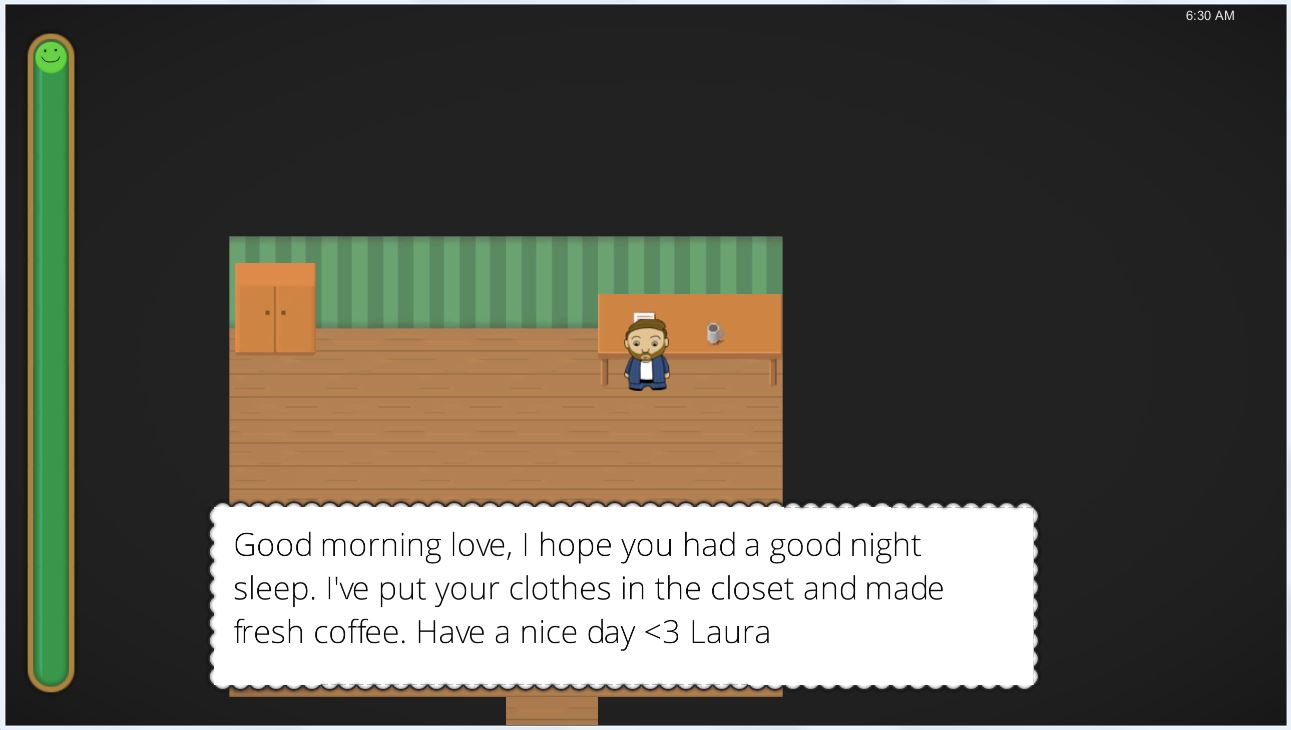 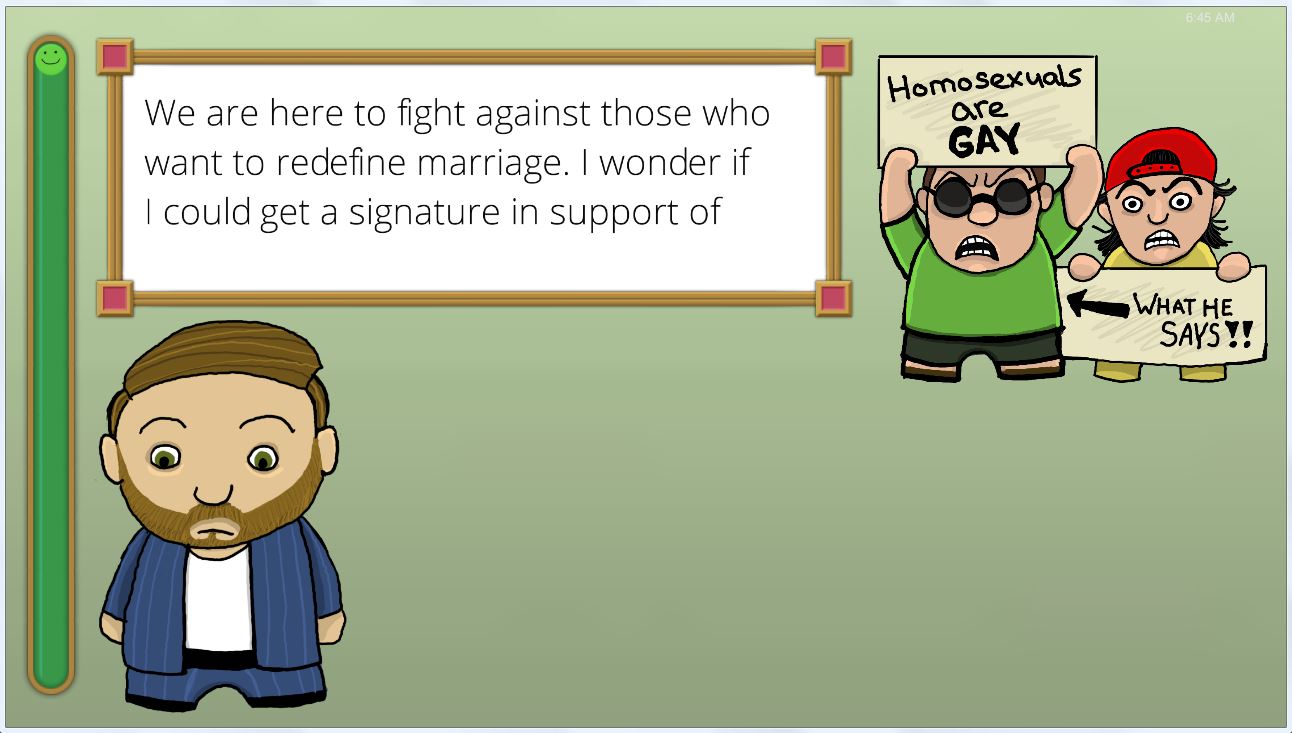 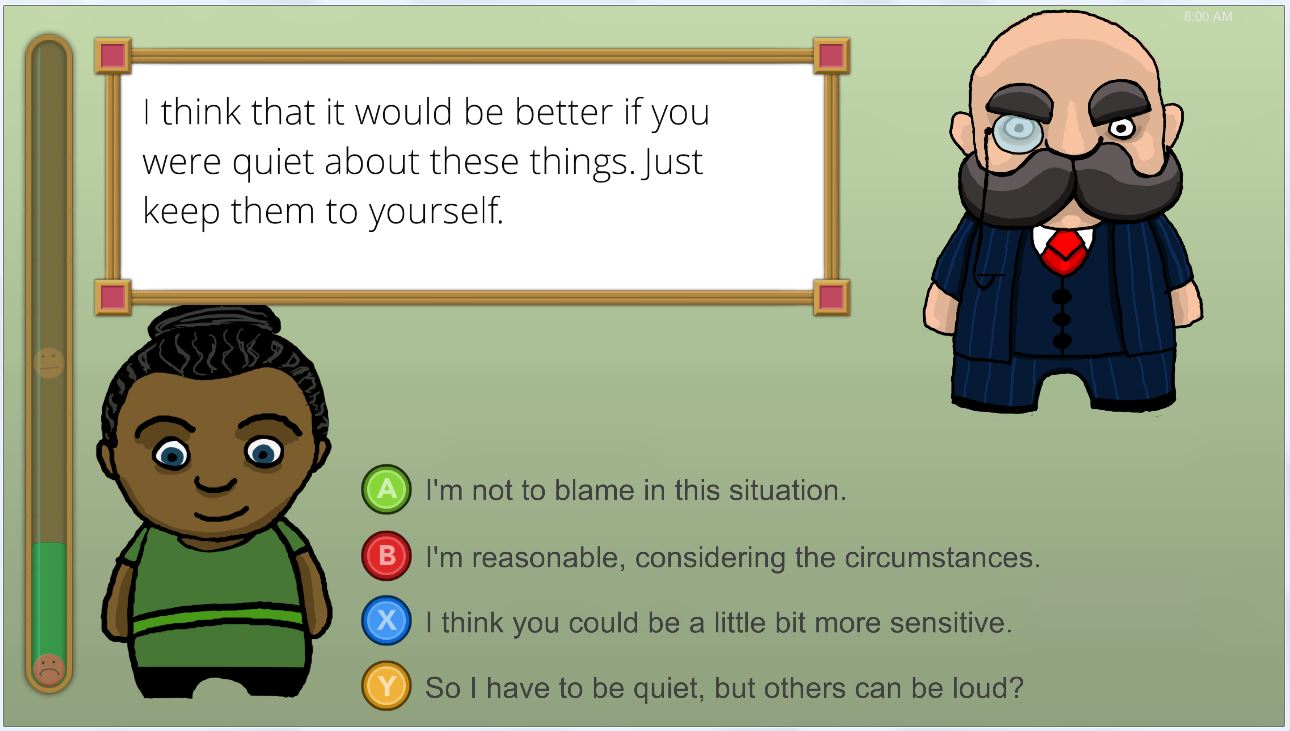 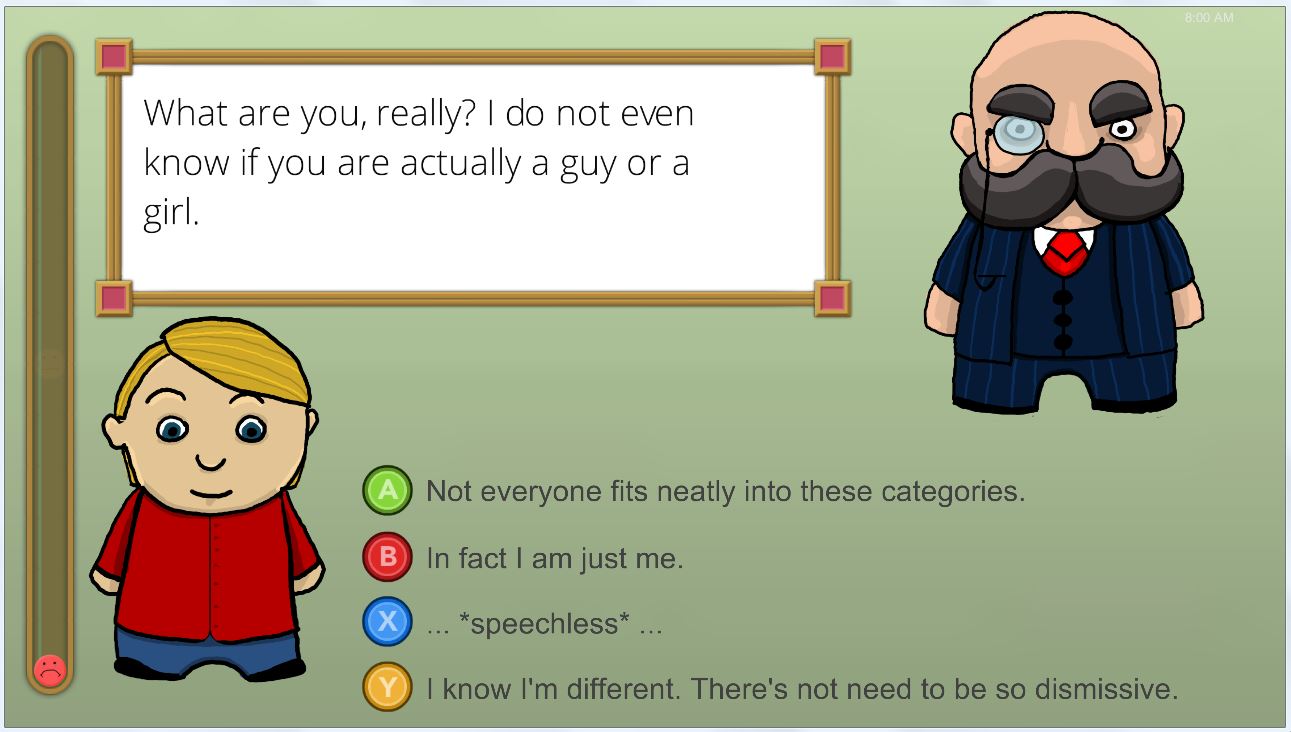